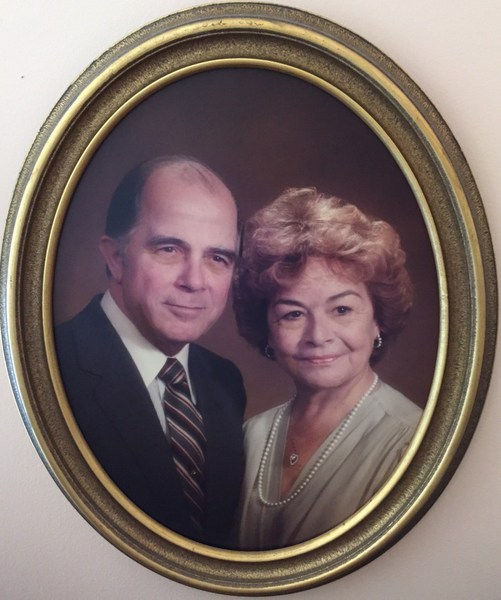 Raymond Dominick Palladino passed away at home on March 22, 2016 with his daughters by his side. Raymond was predeceased by his wife, Madalyn in 2014. He is survived by his daughters, Sandy (Tom) Hearn and Betsy (Ed) Blasland, six grandchildren: Tom (Michele) Hearn, Joe (Alana) Hearn, Kevin ( Ellie) Hearn and Colleen (Al) Lauricella, Ben Blasland and Rachel Blasland and ten great-grandchildren: Will, Sam, Charlie, Jack, Max, Kate, Andrew, Madalyn, Claire and "Bubbles," brother, Richard Palladino of Syracuse, sisters and brothers-in-law and several nieces and nephews.

Raymond served in the Army during WW2 with the 230th Station Hospital. After returning from service, he worked at Crucible Steel and later attended Morrisville College to study watchmaking. Following graduation, he worked at General Electric for seven years, while repairing watches at night. In 1958, Raymond co-founded Diana Jewelers of Liverpool, Inc. with Madalyn. He and Madalyn had a special relationship with their staff and many of their clients, always insisting on integrity and respect as benchmarks in their business. He enjoyed golf, tennis and running with many fond memories of playing golf with the "four dirty cousins" and at Tuscarora Golf Course. He and Madalyn loved spending time in Florida, especially Sanibel Island. He also enjoyed making wine at home, with his personal brand "Fortunato Sette". Raymond also served on the Parish Council at St. Cecilia's Church, and was a member of the Geddes Vets.

His greatest joy was being together with Madalyn and their family and socializing with friends. One of his bits of wisdom was "Always go forward, never look back." He leaves a legacy of honor, integrity and courage with a quiet strength recognized in business and life.

A special thank you to his caregiver "peeps" who always treated him with dignity and respect.

A Mass of Christian Burial will be held on Wednesday, March 30, 2016 at 10am at St. Ann's Church, 4471 Onondaga Blvd. Calling hours will be held from 4 to 7pm
on Tuesday at the Edward J. Ryan and Son Funeral Home, 3180 Bellevue Ave. Burial will be in Onondaga County Veterans Memorial Cemetery, Howlett Hill.

Donations may be made to the Samaritan Center, 215 N. State St. Syracuse, NY 13203.
- See more at: http://www.edwardjryanandson.com/obituary/Raymond-Dominick-Palladino/Syracuse-NY/1601447#sthash.EkpIEIzx.dpuf