Birthstone of the Month

Have a blue Christmas this December, and celebrate with the birthstone known as blue topaz! Babies who are born in this last month of the year get to choose from multiple blue stones, but some definitely prefer this stunning birthstone.

When choosing topaz, many might think of orange or deep brown stones, but topaz naturally comes in colorless, red, pinks, and blues. Indeed, blue is one of the more rare variations of topaz, with a majority of them irradiated and heat treated to enhance their color. Sometimes blue topaz will be very deep "swiss" or "London" blue and while others will be a sky or baby blue.

Blue topaz is noted for its durability with a hardness of 8 on the Mohs scale. This means blue topaz is a great choice for colorful pendants, earrings, rings, and other items in everyday wear.

According to Greecian myth, topaz was believed to provide protection from harm in all forms, to to point of making the wearer invisible should the need require it.

Blue topaz is known to be a commemorative stone for the 4th, 19th, and 23rd wedding anniversaries. 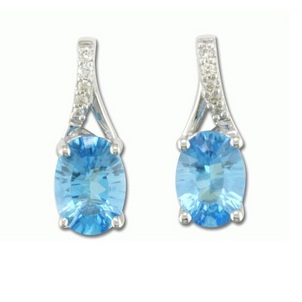 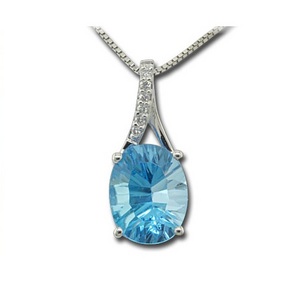 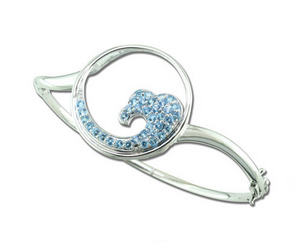 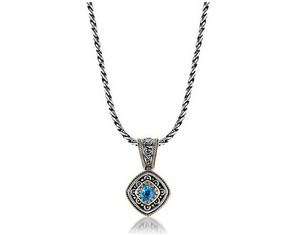